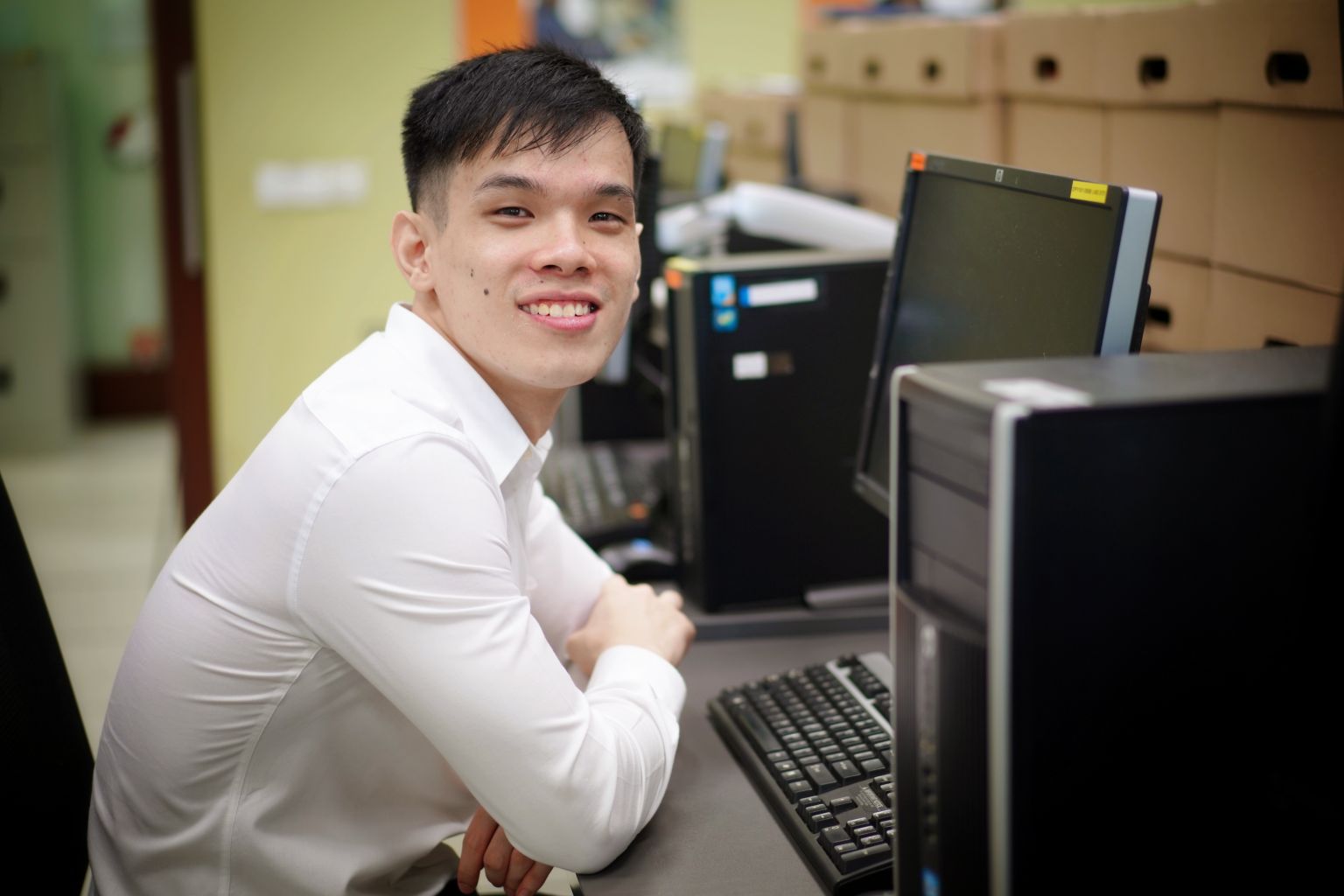 A brain injury at birth caused NUS student Ng Jun Kang’s disability. But it only made him push himself harder.

SINGAPORE – The road to university can be difficult for any student, but Mr Ng Jun Kang had to overcome daily challenges that others gave no thought to. Like getting to class, for instance, or taking notes. Or even getting a drink of water.

The 22-year-old first year Computer Science undergraduate at the National University of Singapore has spastic quadriplegic cerebral palsy, which was caused by a brain injury during birth.

Although his condition affects his muscle control, motor skills and his speech, it proved no obstacle to his achieving good grades and clinching scholarships. Quite the opposite, he argues.

“My condition has gifted me resilience and patience in everything that I do,” he said.

Even the act of drinking water has to be done consciously as many of his muscles may tense up, increasing the chances of him spilling the drink.

The younger of two sons, Mr Ng credits his success thus far to his family’s unwavering support, in particular his mother’s dedication in his early years.

“Growing up, my mum helped me the most. When we had to get to places such as the hospital and school, she sometimes carried me on her back,” he said.

“My mum also spent most of her time at home helping me with therapy so that I could get better.”

While his father, Mr Ng Kim Tee, 54, went out to work as a plumber, his mother, Madam Leow Mui Lan, 56, cared for their son at home. To supplement the family income, she would take in work folding papers like invoices, paper bags and boxes, and constructing cake bases.

When he was about three years old, little Jun Kang suffered fits caused by high fevers, and Madam Leow would rush him to a clinic on her bicycle before he fell unconscious.

“I literally could not sleep in those days,” said Madam Leow, who said she was determined to teach her son to perform tasks like feeding himself so he would be independent.

“Never give up and don’t be ashamed. Treat your child as normally as possible,” she said.

Besides check-ups and therapy sessions, Mr Ng also required two ankle foot orthoses, a support to control the position and motion of his ankles, and Botox injections to release tension in his legs. His medical and other bills took a toll on his family’s finances.

But with time, he was able to tie his shoelaces, ride a two-wheel bicycle, use the bathroom, and go to school by himself by the age of seven.

This included the challenge of having to take plenty of notes in classes such as history and geography.

“As a result, I channelled my energy into doing things that did not require high writing intensity, and things that I knew that I could excel in,” he said.

In all things he displayed a dogged determination to do his best.

At the polytechnic, some modules required him to use both his hands to solder small electronic parts like surface mount components. It took repetition and practice, but he successfully completed them.

He graduated from Ngee Ann Polytechnic with a diploma in electronic and computer engineering, attaining distinctions in 16 modules and earning a near perfect 3.9 grade point average.

He was awarded the Xilinx Asia Pacific Prize for the best academic performance in his specialisation.

Asked why he pushed himself so hard to do better than his peers, Mr Ng said: “I know that my disability disadvantages me compared to other candidates in the job market, so instinctively, it’s fight or flight. I have to outdo them in order to compensate for my physical shortcomings. This moulded me into someone who always chooses to excel in everything I do and not settle for less.”

After enlisting in National Service, he served as an Intelligence Research Specialist in the Open Source Unit, actively monitoring global current affairs such as security developments and natural disasters around the world. He voluntarily extended his service by a month so he could provide technical support to the unit.

While in NS, he also put his technical skills to use in three projects in his spare time: FindAPet. Today, a pet adoption website, Whatintheworld.xyz, an online resource search engine, and Food Hitch Singapore, a Telegram bot. 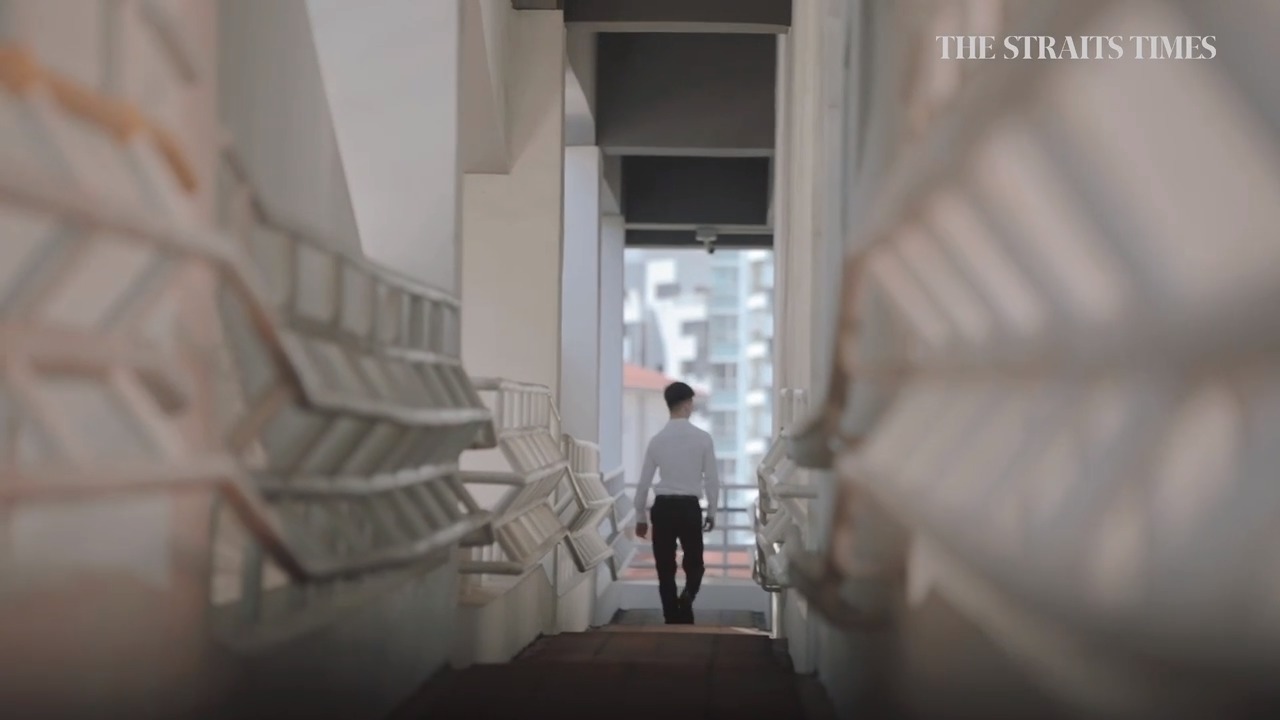 Mr Ng was this year awarded the Asia Pacific Breweries (APB) Foundation Scholarship for Persons with Disabilities – a welcome relief to him and his family.

“The scholarship will be especially helpful during this period, as my father had to stop work for around six months because of Covid-19,” he said.

Sponsored by APB Foundation and managed by local disability-focused charity SPD, the scholarship recognises students with disabilities who have excelled in their studies, demonstrated achievements as a well-rounded individual and made contributions to the community.

Mr Ng said: “I would like to develop applications that can help other people, especially the community of people with disabilities, as I know that we face more problems than others in our daily lives. My advice to others with disabilities is to keep pushing on. If you have a goal in mind, don’t give up. Even if you fail, get up and keep going.”