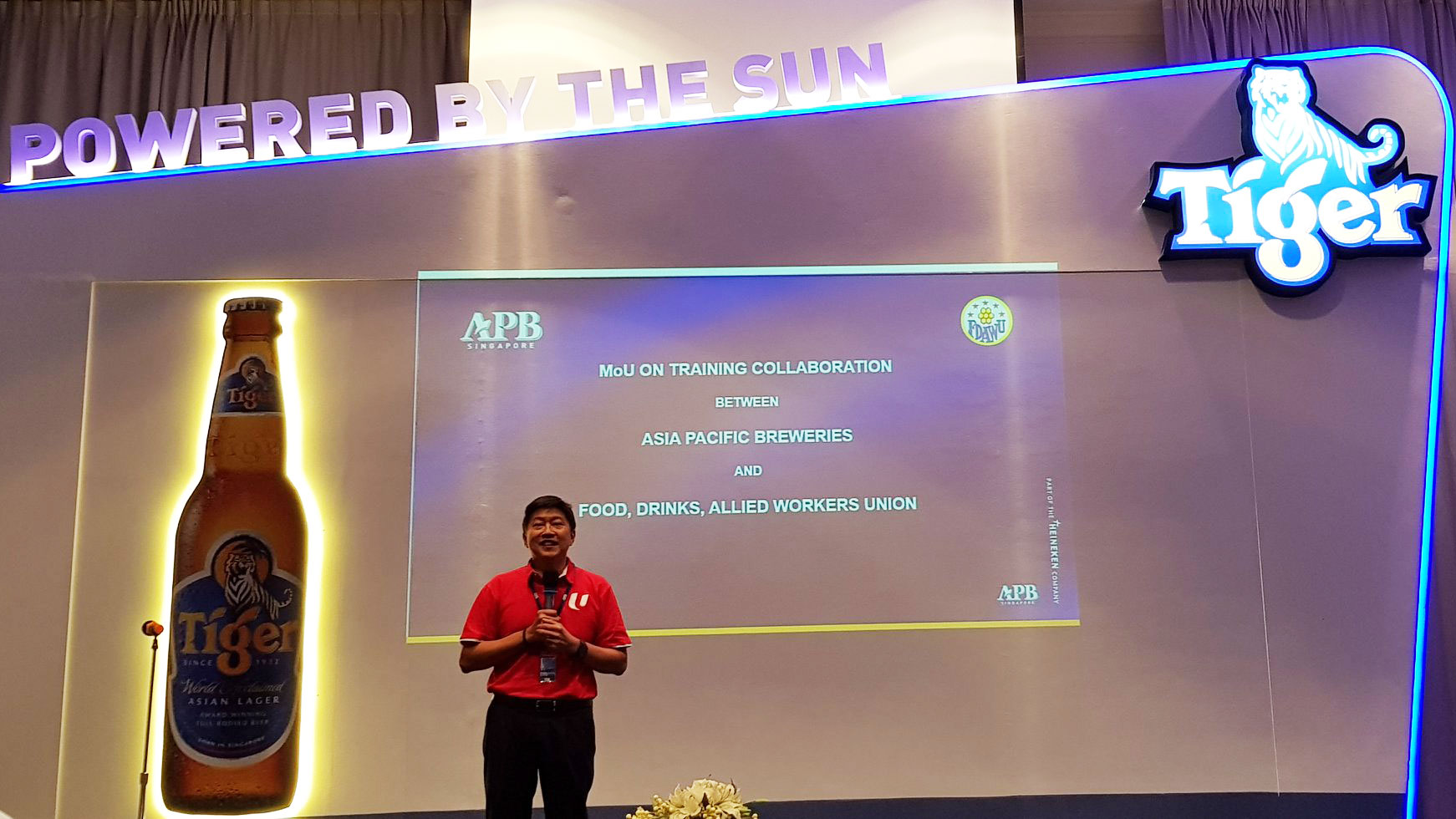 Staff of Asia Pacific Breweries (APB) Singapore will learn new technology and become more productive with the roll-out of a structured training programme.

The local brewery, which makes Tiger Beer and is a subsidiary of Heineken, signed an agreement with the Food, Drinks and Allied Workers Union (FDAWU) yesterday to set up a company training committee comprising management representatives and union leaders.

The committee will review current training plans, identify skill gaps and plan for reskilling and career progression of workers, among other things.

APB Singapore said it will train up to 100 employees, or about a quarter of its staff, by next year under the new programme.

This is the third company training committee to be formed in the past two weeks. The other two were set up by Singapore Post and the Union of Telecoms Employees of Singapore, as well as Tan Tock Seng Hospital and the Healthcare Academy.

National Trades Union Congress secretary-general Ng Chee Meng said last month that the goal is to form 1,000 training committees within the next three years, reaching some 330,000 workers. There are 21 such committees now.

Maximum number of staff APB Singapore will train by next year under the new programme.

After a tour of APB Singapore in Tuas yesterday, Mr Ng said technology cannot fully replace the expertise of brewery workers, but it can augment their work.

“When we go to different industries, we contextualise the training committees to help the businesses succeed, and also to inject the workers’ experience and know-how into the whole process, so that the whole system is synergised,” he added.

Some of the brewery’s digitalisation efforts include using drones so that workers can conduct tank inspections more safely and efficiently, and using augmented reality glasses so workers can see step-by-step guides superimposed on real objects.

The brewery said it will develop the structure of the new training programme together with the union, and will conduct anonymous surveys after the training to identify gaps and opportunities.

APB Singapore managing director Andy Hewson said the brewery aims to be “a world-class connected brewery of the highest standards while creating a conducive learning environment for our workers”.

FDAWU general-secretary Tan Hock Soon said the union has been able to include employees’ aspirations and needs as part of the conversation while planning new initiatives due to good labour-management relations with APB Singapore.

« Prev Article: 联合早报: 企业: 用无人机检查货物省力又省时
Next Article: The Edge: Government, businesses lead the way but all must contribute to environmental sustainability: Masagos »