The Journey of a Local Brewer

Established as a joint venture between Fraser & Neave and The HEINEKEN Company in 1931 and fully acquired by HEINEKEN in 2012, Asia Pacific Breweries Singapore (APB Singapore) now has over 800 employees and is a leading brewer in Southeast Asia with a rich long history of success in developing premium beer and cider brands. Its flagship product, the world-acclaimed Tiger Beer, has been born and brewed on local soil since 1932 and is now available in more than 50 countries around the world.

APB’s sustainability strategy is embedded within every level of the organization and its operations. Its zero-waste approach entails the set-up of an extensive reverse logistics system where glass bottles and kegs are collected from consumers and partner outlets for reuse. The brewery also collaborates with third parties to support a system where spent grains from the production process are upcycled for use as animal feed.

APB has a plan to achieve its ambitions and is making progress: it has successfully achieved the concrete targets for 2020 defined in APB’s sustainability strategy.

One Company One Spirit

The employees of APB support the company’s sustainability strategy and participate in educational activities, volunteer events and online content engagement. For instance, on World Water Day 2019, APB organized internal activations for its employees to gain a better understanding of the importance of water and water saving. Furthermore, employees participate regularly in coastal clean-ups, and the company also distributed reusable food containers among its staff to avoid the use of disposables for takeaway meals.

In addition, APBF also works with various NGOs to support community initiatives and to give back to the society that it operates in. The Foundation’s latest initiative was a $75,000 donation during the COVID-19 pandemic to the Migrant Workers’ Assistance Fund, the humanitarian charity arm of the Migrant Workers’ Centre. The money was used to provide relief to migrant workers impacted by COVID-19. Home Shelter for Trafficked Victims (HOME) and Very Special Arts (VSA) are some of the other NGOs that the Foundation has been working with as well. In 2019, APB Singapore’s corporate giving totalled SGD 564,000 in donations.

Lastly, the company joined the Singapore Packaging Agreement, a joint initiative by government, industry, and NGOs. The Agreement has over 200 signatories who adopt and share best practices in reducing packaging waste. 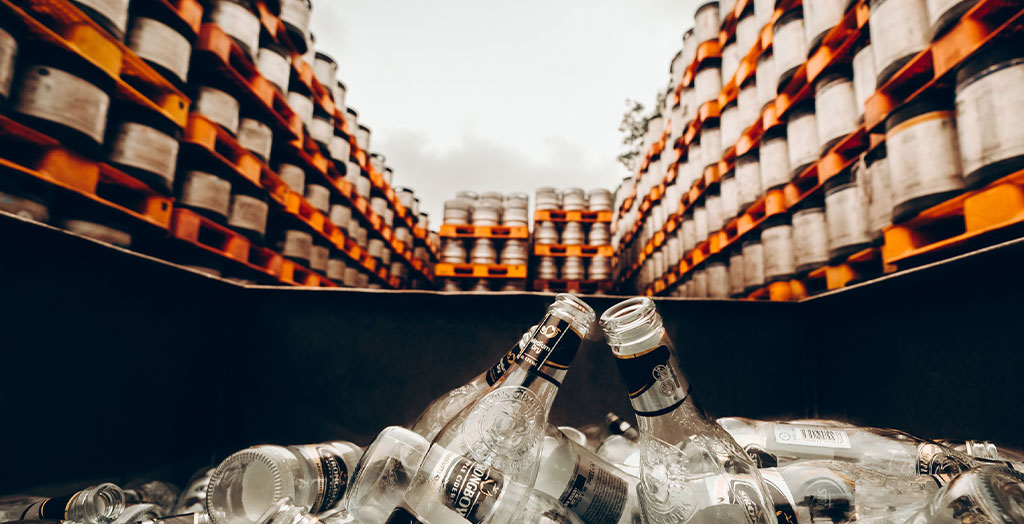 Technology at the Heart of Sustainability

In 2017, a joint development project with Public Utilities Board (PUB) Singapore’s national water agency, and National University of Singapore (NUS) was initiated to build a water reuse treatment plant. The goal was to develop a solution to promote water circularity for companies in water-scarce Singapore.

The operational launch of the project was in 2019 and is expected to reduce the brewery’s water intake by more than 10%, which is equivalent to the annual water consumption of 3,160 four-bedroom HDB flats. The upcycled water is used for cooling towers, as well as for general cleaning and landscaping. This project of building an on-site water reuse treatment plant to conserve water is also one of the first in Asia.

In addition, the company has an on-site rainwater harvesting system that collects approximately 15,000 m3 of rainwater annually, which is the equivalent to the annual consumption of more than 800 four-bedroom HDB flats.

APB also aims to significantly reduce its carbon footprint through investment in renewable energy. With 8,038 solar panels on its rooftop, the company is among the top 5 solar-powered breweries in the world, generating 1,940MWh of electricity a year.

This reduces the brewery’s carbon footprint by 20 per cent – brewing every pint of Tiger Beer consumed in Singapore by sunlight.

Sustainability is a Team Sport

The brewery understands that if everyone is moving forward together, then success takes care of itself. APB is supportive of all stakeholders in its supply chain. To start with its suppliers, APB helps them comply with the company’s supplier code procedure, which covers areas such as environmental sustainability and social sustainability including human rights.

APB’s clients are another important link in the chain: for example, bar owners are provided green fridges that have low energy consumption and low carbon emission standards. The overall joint sustainability efforts pay off and show a positive impact on the environment and in the community. As a zero-waste company that produces less than 1% waste, APB has prevented more than 20,000 tonnes of waste going to the landfill through the retrieval of more than 25 million glass bottles from the on-premise sector and repurposing its spent grains as animal feed. Its pledge to utilise clean solar energy has also powered it to reduce its carbon footprint by 15,000 tonnes annually.

Lastly, its drive to be water efficient through its water reuse treatment plant and rainwater harvesting system has allowed it to reduce its water intake by the equivalent of almost 4,000 four-bedroom HDB flats in Singapore.

« Prev Article: HRM Asia Special: How are companies returning to the workplace?
Next Article: Human Resources Online: Why APB is forging ahead with its graduate programme amid COVID-19 »